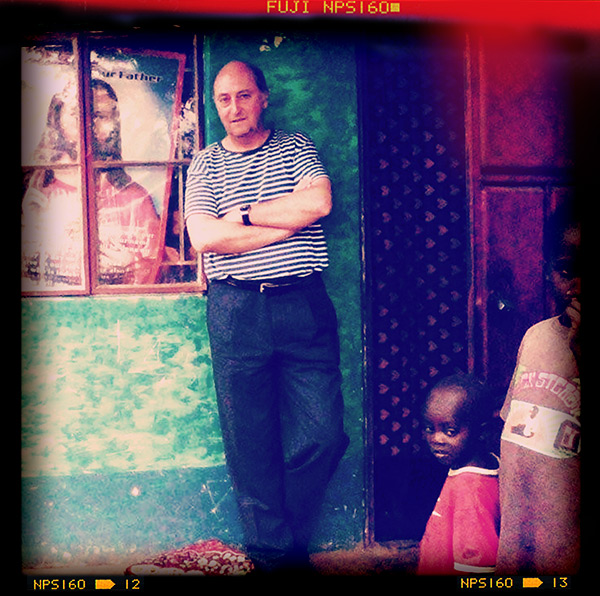 When Andre Pelser took his first drawings and paintings to the renowned artist Vladimir ‘Tretchikof’ in Cape Town he was told that he definitely has a penchant for art but unless he devoted his entire life to art he should not become an artist. So he left it and concentrated on becoming an actor and later on a missionary that acts out his sermons.

But he never stopped sketching. He always sketched whatever drew his attention in his Moleskine Notebooks.

Later on in life he had a dream that he held a watercolor exhibition and that all his paintings sold out. So he took the small drawings in his notebooks, blew them up and painted them. They all sold out – just like the dream.

Since then he has had a few exhibitions and auctioned his art and they always sold out. His son, Aje, is also an artist and does oil painting. Together they also had an exhibition as father and son and all their paintings sold out.

The funds raised by the paintings go towards their missionary work. As a result of their exhibitions they have reached 11 nations now.

Andre has been to 105 nations up to date to present the Gospel of Jesus Christ in a creative way. They also use music a lot. Andre has a Blues Band and his son is the drummer. Nola, Andre’s wife, and Chantal, Aje’s wife, are worship leaders in Harvester Church, Cape Town. Aje and Chantal are the 4th generation of the Pelser Family in full time ministry. As a family they have been working in full time ministry for over 100 years.

Andre’s art lies in line sketches. He makes quick sketches and later on enlarges the drawings to make his paintings.

People have said that his art is refreshing with lots of freedom of expression. Others say it is honest art, almost childlike in simplicity. He captures a feeling and conveys that feeling in his paintings.
All artists desire to express and share their world with the next generation.